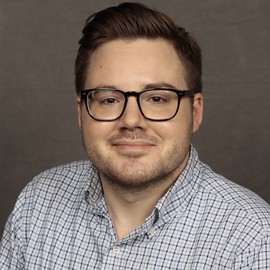 Jim A.C. Everett is a Lecturer (Assistant Professor) at the University of Kent and Research Associate at the Uehiro Centre for Practical Ethics at the University of Oxford, specializing in moral judgment, perceptions of moral character, and parochial altruism. Jim completed his BA, MSc, and D.Phil at the University of Oxford, before receiving a Fulbright Fellowship to work at Harvard University, and a Marie-Sklodowska-Curie PostDoctoral Fellowship to work at Leiden University. Jim’s work is deeply interdisciplinary, and alongside traditional social psychological approaches he draws from philosophy, evolutionary theory, and behavioural economics. In his work, he investigates topics such as how we incorporate (im)partiality into our moral judgments; how we infer character from moral judgments and why this is important; how we think about the moral worth of animals; how our moral beliefs influence our understanding of free will and determinism; how morality is central to perceptions of personal and social identity; and how group processes shape moral judgment and vice versa.

Jim has published his work in leading journal such as Psychological Review, the Journal of Personality and Social Psychology, and the Journal of Experimental Psychology: General. His research has been featured in The Times, The Guardian, The Daily Mail, The New York Times, Scientific American, and more. Jim has received the prestigious Early Career Award from the European Association for Social Psychology to recognise his early-career contributions to the field, and his joint-first-authored paper in Psychological Review received the 2019 Wegner Theoretical Innovation Award from the Society for Personality and Social Psychology.

In 14 studies, we tested whether political conservatives’ stronger free will beliefs were linked to stronger and broader tendencies to moralize and, thus, a greater motivation to assign blame. In Study 1 (meta-analysis of 5 studies, n = 308,499) we show that conservatives have stronger tendencies to moralize than liberals, even for moralization measures containing zero political content (e.g., moral badness ratings of faces and personality traits). In Study 2, we show that conservatives report higher free will belief, and this is statistically mediated by the belief that people should be held morally responsible for their bad behavior (n = 14,707). In Study 3, we show that political conservatism is associated with higher attributions of free will for specific events. Turning to experimental manipulations to test our hypotheses, we show the following: when conservatives and liberals see an action as equally wrong there is no difference in free will attributions (Study 4); when conservatives see an action as less wrong than liberals, they attribute less free will (Study 5); and specific perceptions of wrongness account for the relation between political ideology and free will attributions (Study 6a and 6b). Finally, we show that political conservatives and liberals even differentially attribute free will for the same action depending on who performed it (Studies 7a–d). These results are consistent with our theory that political differences in free will belief are at least partly explicable by conservatives’ tendency to moralize, which strengthens motivation to justify blame with stronger belief in free will and personal accountability.

The moral standing of animals: Towards a psychology of speciesism

We introduce and investigate the philosophical concept of ‘speciesism’ —the assignment of different moral worth based on species membership —as a psychological construct. In five studies, using both general population samples online and student samples, we show that speciesism is a measurable, stable construct with high interpersonal differences, that goes along with a cluster of other forms of prejudice, and is able to predict real-world decision-making and behavior. In Study 1 we present the development and empirical validation of a theoretically driven Speciesism Scale, which captures individual differences in speciesist attitudes. In Study 2, we show high test-retest reliability of the scale over a period of four weeks, suggesting that speciesism is stable over time. In Study 3, we present positive correlations between speciesism and prejudicial attitudes such as racism, sexism, homophobia, along with ideological constructs associated with prejudice such as social dominance orientation, system justification, and right-wing authoritarianism. These results suggest that similar mechanisms might underlie both speciesism and other well-researched forms of prejudice. Finally, in Studies 4 and 5, we demonstrate that speciesism is able to predict prosociality towards animals (both in the context of charitable donations and time investment) and behavioral food choices above and beyond existing related constructs. Importantly, our studies show that people morally value individuals of certain species less than others even when beliefs about intelligence and sentience are accounted for. We conclude by discussing the implications of a psychological study of speciesism for the psychology of human-animal relationships

Beyond Sacrificial Harm: A Two-Dimensional Model of Utilitarian Psychology

Recent research has relied on trolley-type sacrificial moral dilemmas to study utilitarian versus nonutilitarian modes of moral decision-making. This research has generated important insights into people’s attitudes toward instrumental harm-that is, the sacrifice of an individual to save a greater number. But this approach also has serious limitations. Most notably, it ignores the positive, altruistic core of utilitarianism, which is characterized by impartial concern for the well-being of everyone, whether near or far. Here, we develop, refine, and validate a new scale-the Oxford Utilitarianism Scale-to dissociate individual differences in the ‘negative’ (permissive attitude toward instrumental harm) and ‘positive’ (impartial concern for the greater good) dimensions of utilitarian thinking as manifested in the general population. We show that these are two independent dimensions of proto-utilitarian tendencies in the lay population, each exhibiting a distinct psychological profile. Empathic concern, identification with the whole of humanity, and concern for future generations were positively associated with impartial beneficence but negatively associated with instrumental harm; and although instrumental harm was associated with subclinical psychopathy, impartial beneficence was associated with higher religiosity. Importantly, although these two dimensions were independent in the lay population, they were closely associated in a sample of moral philosophers. Acknowledging this dissociation between the instrumental harm and impartial beneficence components of utilitarian thinking in ordinary people can clarify existing debates about the nature of moral psychology and its relation to moral philosophy as well as generate fruitful avenues for further research.

Does encouraging a belief in determinism increase cheating? Reconsidering the value of believing in free will

A key source of support for the view that challenging people’s beliefs about free will may undermine moral behavior is two classic studies by Vohs and Schooler (2008). These authors reported that exposure to certain prompts suggesting that free will is an illusion increased cheating behavior. In the present paper, we report several attempts to replicate this influential and widely cited work. Over a series of five studies (sample sizes of N = 162, N = 283, N = 268, N = 804, N = 982) (four …
Thomas Nadelhoffer, Jason Shepard, Damien Crone, Jim A.C. Everett, Brian Earp, Neil Levy
PDF Code Dataset DOI

Utilitarianism for animals, Kantianism for people? Harming animals and humans for the greater good